In RALPH BREAKS THE INTERNET, video-game bad guy Ralph (voice of John C. Reilly) and best friend Vanellope von Schweetz (voice of Sarah Silverman) leave the comforts of Litwak’s arcade in an attempt to save her game, Sugar Rush. Their quest takes them to the vast, uncharted world of the internet where they rely on the citizens of the internet—the Netizens—to help navigate their way. Lending a virtual hand are Yesss (voice of Taraji P. Henson), the head algorithm and the heart and soul of the trend-making site “BuzzzTube,” and Shank (voice of Gal Gadot), a tough-as-nails driver from a gritty online auto-racing game called Slaughter Race, a place Vanellope wholeheartedly embraces—so much so that Ralph worries he may lose the only friend he’s ever had. Directed by Rich Moore (“Zootopia,” “Wreck-It Ralph”) and Phil Johnston (co-writer “Wreck-It Ralph,” “Zootopia,” writer, “Cedar Rapids”), and produced by Clark Spencer (“Zootopia,” “Wreck-It Ralph,” “Bolt,” “Lilo & Stitch”), “Ralph Breaks the Internet” hits theaters on Nov. 21, 2018.

GAME CHANGER
New World Tests the Strength of Friendship
“Ralph Breaks the Internet” takes Ralph and Vanellope to a vast, unfamiliar world with
endless possibilities. When filmmakers put themselves in the characters’ shoes, they
realized Ralph and Vanellope would have completely different points of view when it came
to the internet. Says director Rich Moore, “They’re like a couple of small-town kids who
venture into the big city. One falls in love with the city, while the other one can’t wait to go
home.”

“Ralph is in love with the life that he has,” adds director Phil Johnston. “But Vanellope is
ready for a change—she wants to spread her wings a little. That creates conflict within
their friendship, which becomes the heart of the story.”
“I love that the film is about change,” says producer Clark Spencer. “Two best friends are
about to realize that the world won’t always be the same. The internet is the perfect
setting, really, because it’s all about change—things change by the second.”
The story kicks off in the arcade, where Ralph and Vanellope have been living
harmoniously—fulfilling their duties in their games during the day and hanging out together
in their neighboring arcade games at night. “Vanellope is lamenting the fact that her game
is getting a little boring,” says Johnston. “So, Ralph takes it upon himself to amplify the
excitement in Sugar Rush. And Ralph being Ralph—it doesn’t go exactly as planned.”
Ralph’s shenanigans trigger a chain of events that culminate with a player in the arcade
accidentally breaking the steering wheel off Vanellope’s game. When Litwak learns that a
replacement part would cost more than the game makes in a year, he has no choice but to
unplug Sugar Rush and sell it for parts. “The part they need to fix the game is at a place on
the internet called eBay,” says Pamela Ribon, who co-wrote the screenplay with Johnston.
“Ralph and Vanellope have never heard of the internet, much less eBay, but Litwak has
installed a router, so the arcade is actually online for the first time. They decide to take the
leap into this unknown world and travel to the internet in order to find the steering wheel
and save Vanellope’s game.
“The internet strikes them as loud, fast, crazy and completely unpredictable,” continues
Ribon. “Ralph is nervous and uncomfortable, and Vanellope is smitten, of course.” 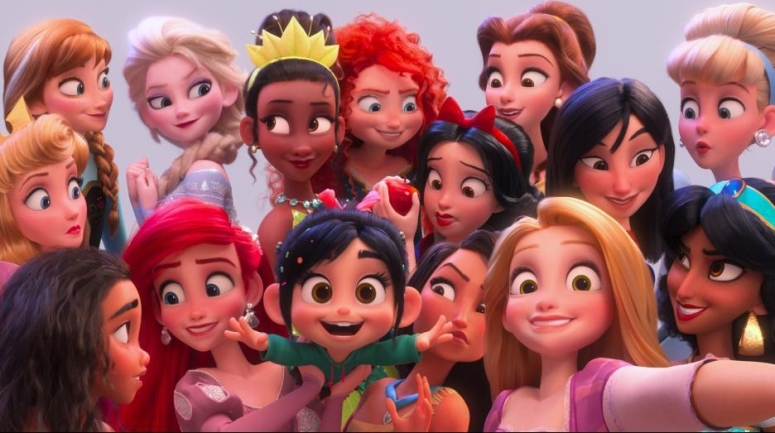