The all new 2017 Mitsubishi Lancer was provided to me by DriveShop to test out and give my opinion.

We took the Lancer for a nice hour and a half long ride to Fright Fest to test it out. Any excuse to go to a theme park is good with me! My initial thoughts were a bit skewed because I drive a fairly large 2016 truck, so any car is inferior in my opinion. This being a 2017, the first thing I noticed was it definitely couldn’t be the fully loaded version. It was not equipped with navigation which I thought came standard in almost every vehicle these days. But maybe I’m wrong. Either way, with this model, you’d need to get an upgraded package that includes navigation.

This is my first time driving any Mitsubishi, so I am not sure if this is a standard for them, but the keyless entry in this specific car is a little odd in my opinion. I am so used to push start, that I guess I don’t understand why there would be an almost keyed like ignition start. It isn’t a key, but rather shaped like one, and you push it in and turn it. I just don’t see the point of it. Again, maybe it isn’t just this model, and its a Mitsubishi brand thing. My dream car when I was a teen was a Mitsubishi eclipse, and I never did actually get it, darn!

There is a back up camera, like any other vehicle made after 2013, and it’s quite accurate. I felt comfortable relying on it as I packed in and out of parking spots and my driveway. Some vehicles cameras are not as clear, or do not include the entire view, but this one did.

I loved the exterior. It was so pretty, especially when the sunlight hits it. This color is not just white, but it’s called Pearl for a reason. In the sunlight, it is such a beautiful, sparkling pearl color. The black leather interior really compliments it well, and the rims are stunning! 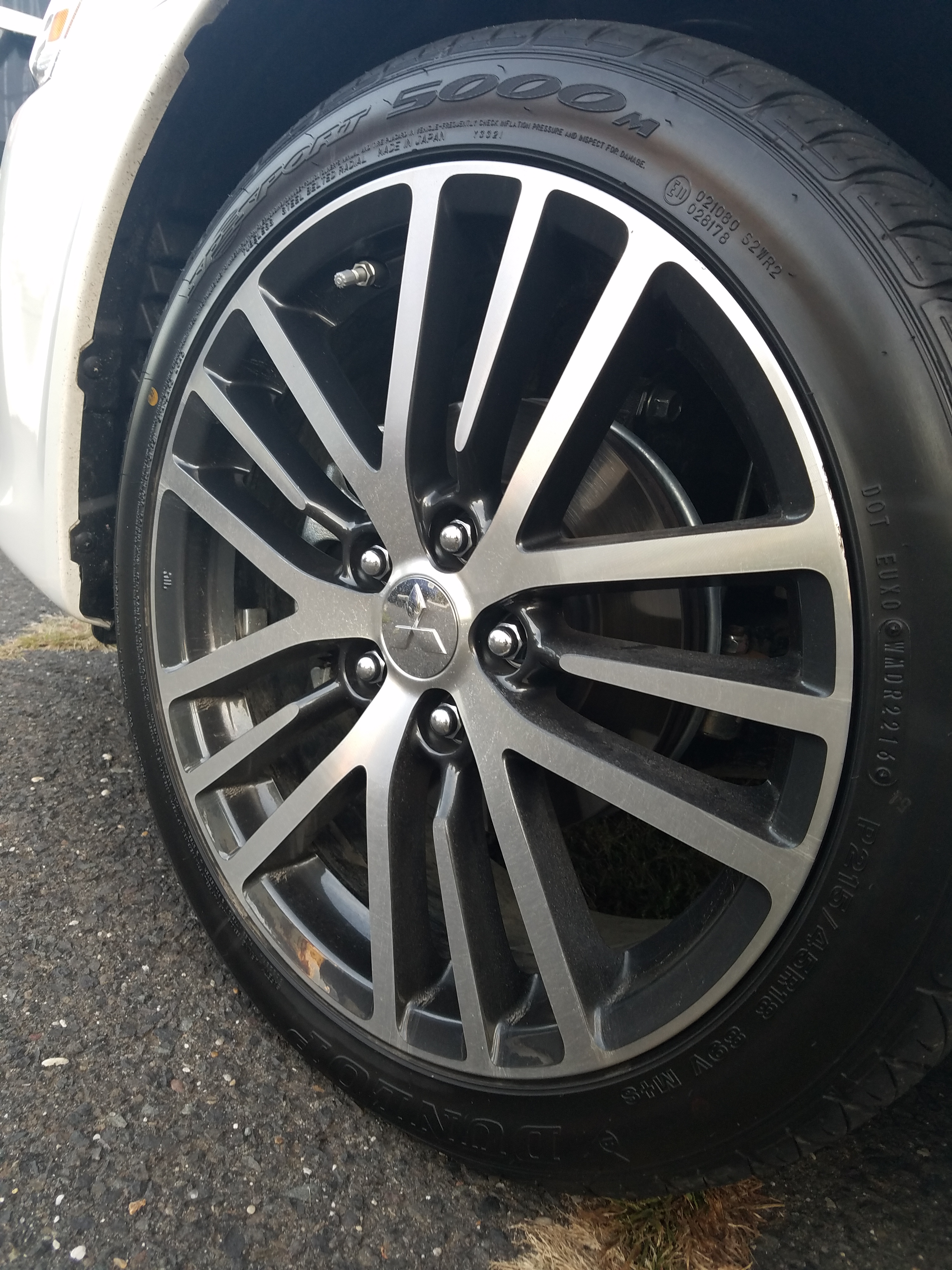 Since I had this car for a week, I took it to and from work more then anywhere. I work up in the mountains, so the daily drive includes a vigorous incline on the way to work, and a long and slow decline on the way home. Let me tell you, this Lancer took it like a champ! I felt comfortable driving up and down the hilly slopes and felt like I had total control over the car. That definitely has to do with the face that it was 4 wheel drive option. There is a button in the center that you can switch easily between 2 wheel and 4 wheel drive which was a plus.

The halogen lights were beautiful and helped with driving home from our long drive to six flags. They were super bright and I felt like it was a smooth ride home. Did I mention gas in this car is great!?! It’s everything I love about a sedan as opposed to my gas guzzling truck. 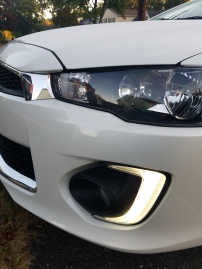 What a nice vehicle inside an out. There sunroof was an added bonus, especially since it’s the fall and the beautiful sunshine is still poking through the clouds often. I didn’t get a photo of the trunk, but it’s a decent size for a 4 door sedan. I was able to fit food for the week for our family of 4 in the truck with no issues. It also has the option to fold down the back row seats one at a time for added trunk space.

I have to say, the only con is the lack of navigation being standard. The driver and passenger seats were manual control, which is also a bit outdated in a 2017 model, but it’s less of an issue as it a critique.

Overall, The 2017 Mitsubishi Lancer is a nice, reliable vehicle, and it starts at $24,000 which is very well priced for this car. It’s an affordable option for families that may not be able to make the jump to an SUV. You can ride in style while still having the room in the back to fit 2 kids in car seats and another passenger back there with them. 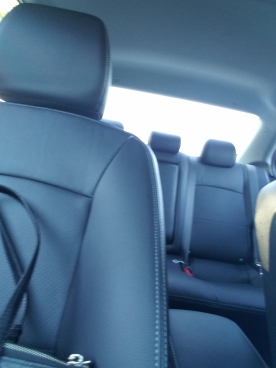 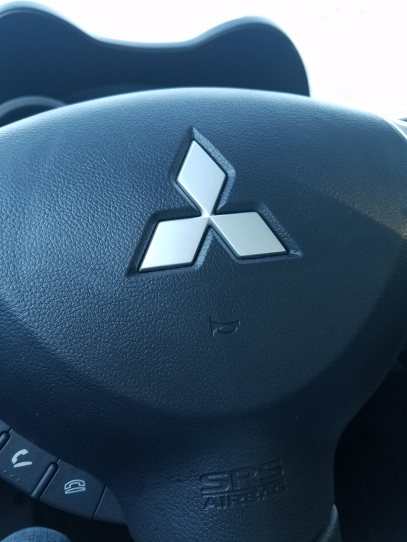 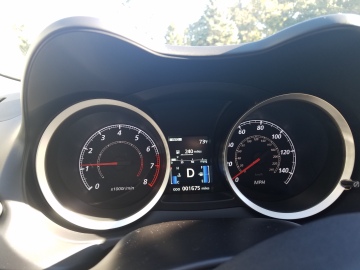 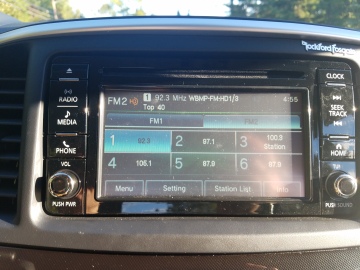 One thought on “2017 Mitsubishi Lancer”