Hungry Shark World is an Action title from Ubisoft and Future Games of London. It is the sixth installment of the Hungry Shark game series, released on May 5th, 2016. A remarkably deep, single-player platformer, in which your objective is to keep your “Hungry Shark” fed. A player feeds their shark through traversing the treacherous waters of Hungry Shark World’s many unique levels.

Objective-based incentives allow you to level-up your sharks and unlock rewards to customize your approach to each play-through. There are plentiful combinations of upgrades that can fine-tune your shark’s pedigree such as increasing health or consumption speed. There are even objectives that can only be completed wearing certain gear so your incentive to complete each task keeps bringing you back for more. Easy controls mean the game can be enjoyed by all ages. Children gravitate to its fun character design and being able to “eat” the beach-tourists via hilarious in-game animations. (You can turn the ‘blood’ off as a parental control). Advanced players can enjoy the increasingly difficult level-specific challenges. There seems also to be an addictive quality to pursuing larger and larger sharks to magnify the fun, as Hungry Shark World boasts a uniquely balanced experience.

Where there are accessories there are in-game currencies, and your motivations include a bounty of Gems and Gold along with treasures and coins placed throughout each map. My experience with Hungry Shark World was encouraged by the degree of depth and ease of access to enjoying the games content. Setup your Shark in easy to navigate customization menus, choose your level, and watch your finned fiend dive for mealtime. The beat-the-clock mechanism adds a fun pressure level and requires that you maintain your movement.  There’s not a moment to spare nor a second to lose. Your eyes are glued and focus is a must. 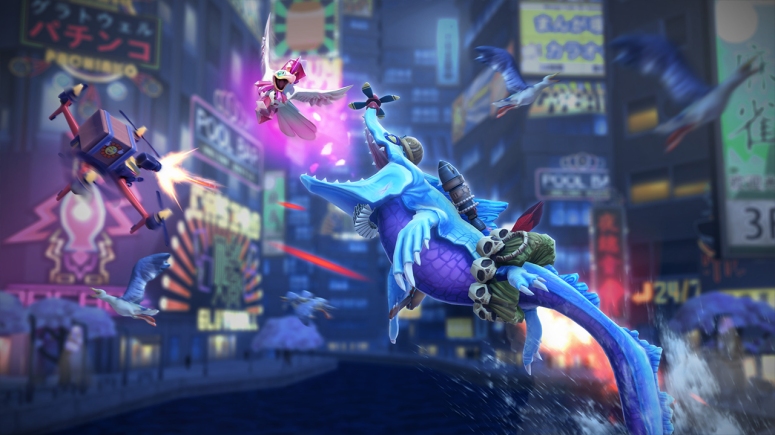 Among the many challenges to find in Hungry Shark World are the games boss encounters. An element of the aforementioned objective based completion method, bosses in Hungry Shark World are extravagantly designed experiences and quite challenging. Whether its an oversized Goliath to chip away at, or a herd of malicious Great Whites. There’s no telling what awaits you at every turn. One wrong move and your health-bar will be rapidly depleted. This is where Hungry Shark World shines. Its brilliant catering to both casual players, and anyone hungry for, (pun-intended), a more challenging experience. You can spend hours enjoying the visual splendor of its well executed maps or engage in high-octane, high-speed predator hunts.

For the collector, Hungry Shark World is a great pickup with its incredible selection of gear and characters. Not only do you have your primary Shark character in each run, but you are accompanied by Pets that aid you on your quests. These pets can help with consumption, among a versatile array of equitable assets that come with each one you unlock.  As you progress in the game these unlocks become more essential to completion, so not only is it rewarding to unlock them, they can help you to eventually unlock Sharks or other gear. 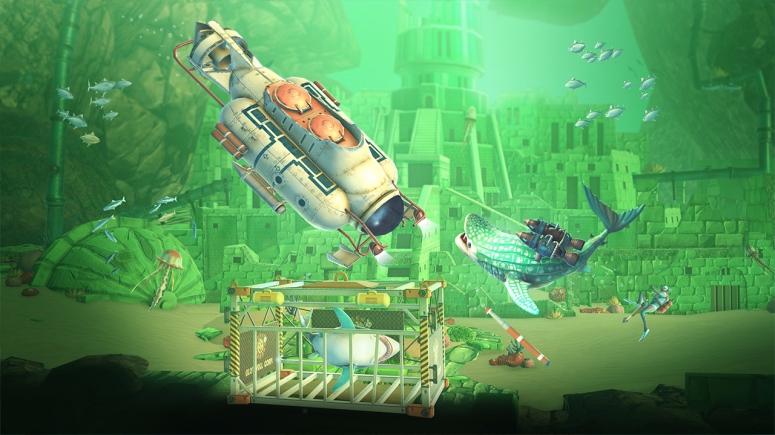 With its engaging gameplay and attention to replay-value, Hungry Shark World is a win for all ages, and will keep you immersed in the fun for hours. I’d recommend it for both casual and advanced niche players.  Its available now for iOS, Android, PS4, Xbox One, and Nintendo Switch.

One thought on “Hungry Shark World, boss encounters of another kind!”